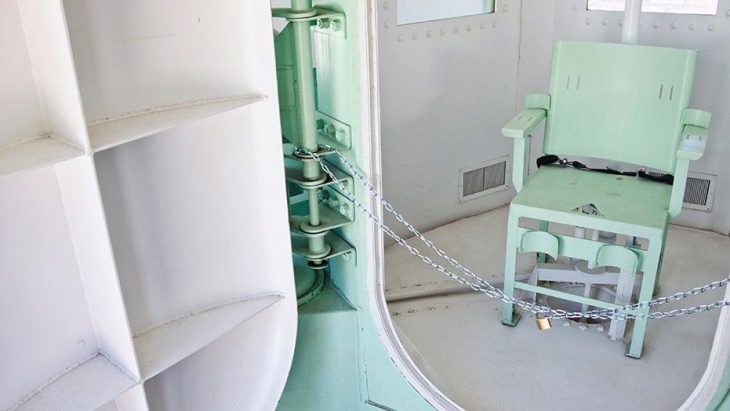 A lawsuit challenging Alabama’s lethal injection practice is expected to be dismissed after eight death row inmates on Tuesday asked to be put to death by nitrogen gas instead.

Alabama is the third state to allow the execution of prisoners by nitrogen hypoxia as an alternative to the three-drug cocktail used in its lethal injections.

Alabama had previously carried out executions by either electrocution or lethal injection.

In March, Alabama added death by nitrogen to the list.

Nitrogen makes up about 78 percent of the air humans breathe. It’s colorless, odorless and tasteless. Breathing in pure nitrogen causes oxygen depletion in the bloodstream.

“Placed into a pure nitrogen environment, the convict would be unconscious within a minute (possibly even after a breath or two) and would be dead soon after,” Charles Blanke, an oncologist and professor of medicine at Oregon Health & Science University School of Medicine, said. “Its failure rate, that is, cases in which the prisoner survives, would likely be much lower than what we see with current death penalty methods.”

There is no scientific data on executing people with nitrogen gas and some experts worry that using the untested method could create more problems.

“If prisons forced the convicts to wear a tight fitting mask, would this increase the feeling of suffocation? Could they still leak? Or, would an entire room need to be filled with pure nitrogen? Would accidental dilution with oxygen-containing room air (mask or room) slow or even prevent death, leaving prisoners in comas or brain-damaged?” Blanke asked.

Though legal, no state has used the method, yet.

Robert Dunham, executive director of the Death Penalty Information Center, said it could be some time before the inmates see a death chamber with nitrogen.

“At least for the prisoners who elected nitrogen gas over lethal injection, there will be no executions until Alabama has an approved nitrogen-gas protocol in place. It will take time for that to happen and, because the gas protocol will also be untried, it will face its own set of legal challenges,” Dunham said.

Dunham added the eight Alabama inmates also may “prefer the unknown risks of nitrogen hypoxia to the known risks” of lethal injection drugs while Alabama avoids having to litigate the lethal-injection issue by voluntarily dismissing the case.