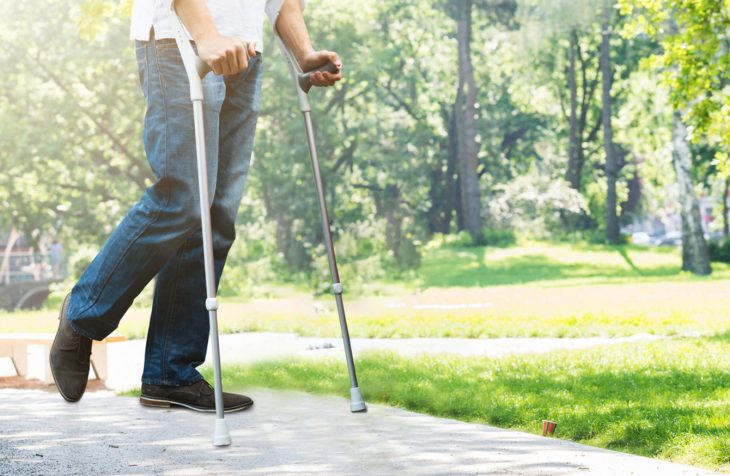 The Taoiseach said the government will be looking with ‘laser-like detail’ at how to get value for money in the health service.

TD DANNY HEALY-RAE said hospitals should be allowed to re-use crutches in order to save money.

This week, the Kerry TD said the government is allocating massive sums of money to the HSE, but he said it is wasting money.

When Taoiseach Leo Varadkar was health minister he said he looked to save money in the areas such as medical equipment.

The Taoiseach told the independent TD that he had raised the issue, but was told that for health and safety reasons, crutches used by one patient could not be re-used by another.

“I looked into the matter regarding crutches when I worked in the health service and what I was told, and this is the information I have, is the cost of examining the crutch and making sure it is safe for use by an additional person is greater than the cost of manufacture and there would be potential liability should a crutch be reused and not work.

“The cost of the potential claim apparently outweighs the cost of producing new ones because they can be produced very quickly. That is what I have been told,” said Varadkar.

The Taoiseach said the deputy made a “very serious and valid point”, adding:

We now spend €16 billion a year on public healthcare in Ireland. It is one of the highest per head in the entire world. For 20 years now spending on public health in Ireland has been above the OECD average on a per capita basis. Taxpayers are not getting value for money and patients are not getting the service they deserve. It is something the government and I will be focusing on in laser-like detail in the months ahead.