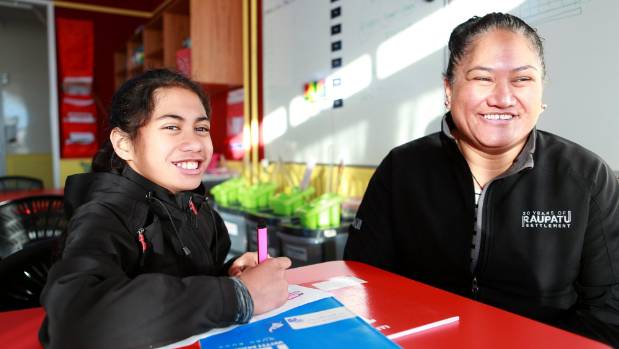 Waiokura Iti-Moeke came home crying after the first day at her new school.

It was because for the first time in four years her teacher had pronounced the then nine-year-old’s name correctly.

According to the Government’s Education Counts website the number of students attending Māori medium schools nationally increased by 16 per cent, or 2,646 students between 2012 and 2017.

This upward trend has also been reflected in the Waikato region with the number of Waikato students attending Māori medium schools increasing by 32 per cent, or 832 students over the same period.

Kaaro Iti-Moeke said she made the switch after being dissatisfied with their previous school’s Māori content.

“I had met with the then mainstream school to ask about their plans for the following year around Tikanga Māori and Te Reo Maori and was told that there really were no plans to change, or anything like that.

“That didn’t really sit well with me so we decided to trial Waiokura at kura kaupapa and day one was when we knew that it had already impacted on her,” Iti-Moeke said.

Waiokura had an emotional response to one word.

“She was crying and I thought she had had a bad day but it was because everyone had pronounced her name properly. It was everybody,” Iti-Moeke said.

In all subjects, English included, Iti-Moeke says her daughter’s educational needs are being well met by the kura.

“I’ve seen that’s she’s getting the support that she was lacking, and some. It’s really across the board and we’ve felt really supported there,” she said.

TKKM o Te Ara Rima representative Ngawai Reti started with the kura in 2016 and has seen dramatic increases in students wanting to enrol at the Māori immersion school.

“The roll has increased by 80 per cent since I’ve been here. It’s been huge. We’ve got a huge waiting list and we have quite a few children coming over from mainstream,” she said.

According to Reti, Hamilton’s demand for Māori immersion schooling is under-catered for.

“I think, for sure, there is a need for more kura kaupapa Māori in Hamilton,” Reti said.

“It’s wanting them to have what’s already theirs and to be a part of their culture,” Reti said.

Ministry of Education deputy secretary sector enablement and support, Katrina Casey said there was some room left at Hamilton kura but the Ministry was keeping an eye on numbers.

“Currently kura and schools across the city that offer different te reo Māori learning options have capacity to take more students therefore we do not have any immediate plans for more Māori immersion schools in Hamilton city.

“We plan to meet with whānau and the sector in Hamilton city in late 2018 to discuss learners’ access to and choices of immersion pathways for the future. This will be part of our broader work to manage the network of provision across the region,” she said.